It started raining on Tuesday, which turned to sleet overnight. It continued to sleet most of Wednesday. Wednesday night and all-day Thursday it snowed. In the end, I measured seven inches, which is seven more inches than we’ve seen all winter. Yesterday, during the day, a young man knocked on the door and offered to shovel our walks. For twenty bucks, it seemed like a deal. He did a good job, but since the snow kept falling afterwards, in a few hours, it was hard to tell that anything had been shoveled at all. Later Anne and I walked to the grocery store. The headline on the front page of the paper was an order to “Stay off the roads.” It was accompanied with a rather humorful photo of some fool motoring his moped down a rather snowy roadway.

Unfortunately, the half-plowed roads were the only decent place to walk. We tried walking on Clayton, but a pair of passing County snowplows made us jump back and we retreated to the less well plowed neighborhood streets that were also much less trafficked.  Most stores were closed, and the grocery store was only operating at reduced hours. We got a few things and trudged back home again, managing not to land on our butts. The storm sewer that runs beneath Ethel Walk normally looks rather gross, but with a fresh blanket of snow, it looked almost beautiful. Today, I shoveled the walks again and dug out the car. After much egregiously idling I was able to get the ice mostly off its windows and now it is ready to go, except that we’re not going anywhere now.

Yesterday, on HuffPo I spied an article from the language learning website Preply. This article identified the ten grossest words in English, as determined by a poll. Almost all of the words have to do with bodily fluids. Most women found pus to be the grosses word, while most men disliked seepage the most. Jane’s favorite, phlegm, is sitting proudly in the number two spot.

I’m a sucker for wordplay. Here’s a few from a list that I found on Buzzfeed: 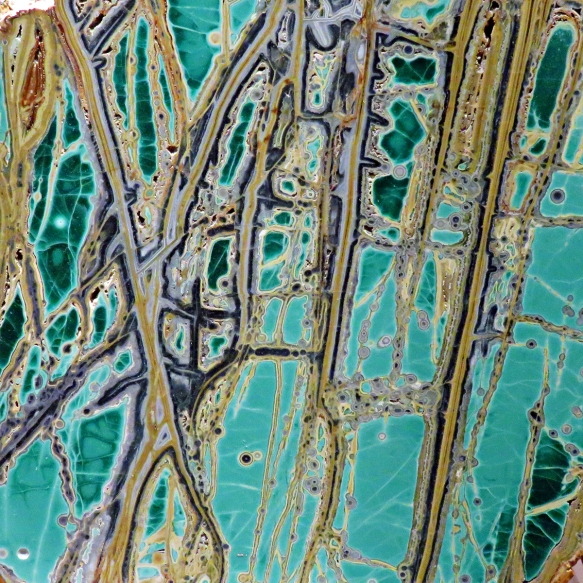 “Little Shop of Horrors” played at the high school last night. This is the first musical that they have performed in ten years, since Dave was a senior there. That show was “Godspell” and Dave was part of the crew. “Little Shop” was great! The singing was great! The cast was great! Major singing props to the Audrey sisters, Audrey (Jazmen Bell) and Audrey II (Natalee Clemons). A final shout out to Orin (Maxx Diebold) for stealing all his scenes, just don’t act like that in school. Oh wait, too late! Anne is going to the dentist this week, but probably won’t ask the dentist what he thinks of Orin. The play is set in a little flower shop in LA’s Skid Row. Dan lives in the flower district on the edge of Skid Row. Coincidence? I think not. Just, don’t feed the plants Dan.

Today was a rainy day. So, to make the day brighter, we decorated. We had already moved most of the furniture back into place, so today was all about throwing-up art onto our pristine new walls. By the end of the day, we hadn’t made a whole lot of tangible progress, we only hung one piece, the mask from Jay and Carl, but we laid a lot of groundwork. A key part of this was the framing of four new pieces. We still have three more to go though. One thing that I learned was that there may not be much of a difference in the appearance, between cheap frames and more expensive ones, but the more expensive ones are way easier to put together.

Signalize is a word. It is a verb. We saw it on a traffic sign today, which was basically telling us that if you can’t hack the frigging traffic, go to the other parking lot exit, which has been signalized. The traffic sign used signalize as an adjective, “For signalized intersection [go this way]”, which Anne said was a frigging gerund and I said what? Anne thought that a gerund is when you use a verb as an adjective, which was what the sign did, but actually it is when you use a verb as a noun. This led us to a discussion of frigging. Is it ever more than just a euphemism for the F-word? I guess not, because it comes from the Old English word frīgan, which means to love. OBTW, frig is the gerund for frigging. So, if you want to emphasize a point, without being too offensive, you could signalize it with frigging, like in “a frigging gerund”. Clear? 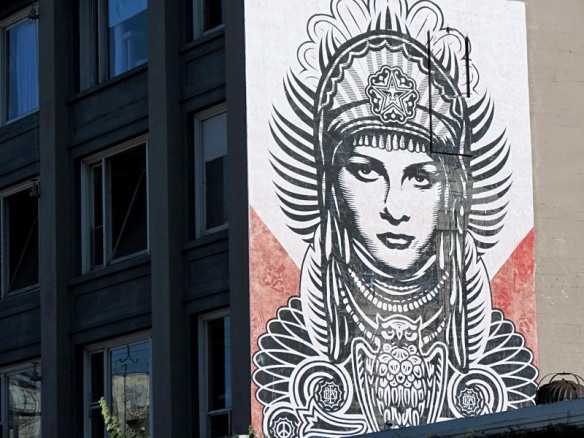 Fab blogger, Andrew Sullivan of The Dish fame, announce this week that he would soon be hanging up his hat. He will have logged some fifteen years in the blog-o-sphere.I’m surprised that I’ve lasted as long as a blogger as I have, but that is not even half of what Sullivan has done. Not that I’m planning on quitting anytime soon. I like writing and I enjoy showing off my photographs. Likewise, I’m not ready to quit this blog to write the great American novel, like he is. Sometimes writing every day is a chore, but mainly it is an avenue for my expression. I began this endeavor with both gusto and hubris. A couple of years into it though, I realized that I was mining my life’s experiences at an unsustainable rate. I think that this is a common discovery of would be bloggers and is a common reason for quitting. You just run out of things to say. I began in a rush with many of my friends and relatives. Unfortunately, most of these fellow bloggers have quit. Fortunately for me though, I’ve developed the blogging equivalent of fracking. This blog has actually altered my lifestyle. I now go out and do more than I used to do, just to have something to blog about.

During this morning’s surfing, I discovered the New Yorker’s 2014 best of anthology of their “Shouts and Murmurs” column. There are dozens of entries there and I have chosen to share one or two with you. The first one is dedicated to all those helpful friends and family members [You know who you are!], who over the years have offered Nice-And-Gentle suggestions on how I might correct a grammar / spelling mistake or were simply trying to improve my writing’s overall clarity. I always appreciate your feedback. As an aside, I’m offering a prize to the first such compulsively corrective person who can successfully diagram the following sentence.

Never mind and never fear. I am an, thankfully, expert of sentences. Read on and be disbelieving! There is much to have taught you, and little time, so very, very little and small time. —James Thomas, “How to Write a Sentence” (October 24, 2014)

I bought us a pair of electric toothbrushes earlier this year and I must say that at least for me, they have been a real boon for my dental hygiene. Trips to the hygienist now only rate a 5 on the pain scale, instead of their normal 9. The hygienist even commented on this improvement, before she reminded me that I still need to do more flossing. I subsequently got a water-pick. Technology is the final solution for Nazi hygienists. So it was with some dismay that the other day, I discovered a film of gunk that was starting to bond the base of my electric toothbrush to its charging stand. I then noticed that there was no analogous film on Anne’s electric toothbrush.

Well, at least I put the cap back on the toothpaste tube.

I love my wife and I love my in-laws, even when they are being too retentive and I’m not talking about water here. Anne is a very easy-going person, my better half, but sometimes she gets into ‘teacher mode’. At those times it is best if I just shut up and go to work. I don’t know what I’m going to do when I retire. Hopefully, she’ll retire then too and this teacher mode will become a passing phase. I’m not so sure though. I think that it has now become ingrained into her psyche, a learned student-produced-response.

7. Student-produced-response math: You have one remaining pair of clean underwear, besides the pair you are currently wearing. You have an additional pair of underwear that doesn’t cover your entire butt and says “Thursday.” How many days can you go without doing laundry? —Cora Frazier, “New S.A.T. Practice Questions” (March 17, 2014)

Let me give you a hint: Today is Saturday.

Be prepared to show all of your work. 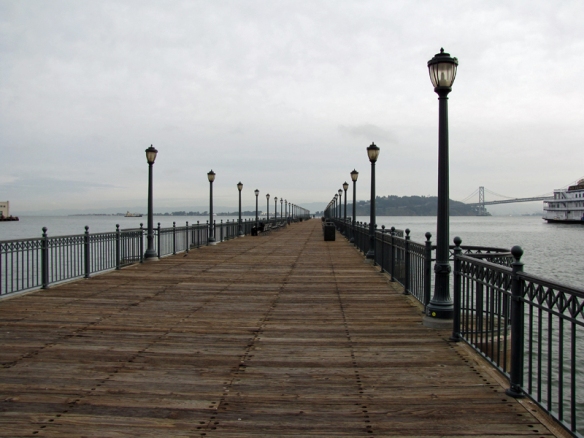 What I wanted to write about yesterday, before I became distracted by the twin demons of Wikipedia and continuity, was bubble vocabulary. I’m writing this post before I pick its photo, so any relevance to it is purely serendipity. Bubble vocabulary is words on the bubble. Words which you think you know, but just aren’t sure. Sometimes you use them correctly, sometimes you don’t. When you don’t use them correctly it tells more about your friends then it does about your vocabulary.

My program manager has a better vocabulary than I do. I guess in part that explains why I am working for him and not vice versa. A few of his ‘I’m the smartest person in the room’ words include lubricious, duopoly and sequestration. Sequestration made this list way before it was au currant. I’m still not sure about lubricious. It has two definitions either, offensively displaying or intended to arouse sexual desire or smooth and slippery with oil or a similar substance. I like to think it was the later, it has an aerodynamic feel. I was not there when he used the word. I did recently receive an email from him though. In this email he used a cryptic acronym, FYSA. I had to Google it. I think he meant, For Your Situational Awareness. He is very much into keeping the team in the know, but an alternative definition was Funny You Should Ask, which I liked better. I don’t know why he just didn’t use FYI.

I mentioned serendipity before and at lunchtime I hit upon a related topic. The Ghent online dictionary is holding a quiz. It is a timed quiz where you are presented with 100 English words, except not all of them are real words. Your task is in as quick as is possible is to separate the wheat from the chaff. Your task is to answer yes or no do you know this word. Beware though, because they penalize you for wrong answers. Here is the link for the quiz, it is way better than all those other online quizzes. Don’t use IE like they advise not to.