Winston Churchill once famously said that the United States and Great Britain are two countries separated by a common language. In that vein, I offer up the following paragraph, with a handful of British slang words embedded. I should also note that this paragraph also demonstrates my first use of footnotes. This is done using a facility called mark down. Doing this was an interesting exercise and actually was the whole point of this blog post.

I was in the pub last night and there this scouser1, who was already quite legless2. He had spent all his quid by then and was completely skint3 by then. I called this bloke a taxi and when it came, I tried to help him into the backseat. Instead, he ran around the vehicle and climbed in the front passenger seat, while shouting “bagsy4“. As he pulled away, he looked quite chuffed5.

In other news, Anne scored a snow day of sorts. A broken water main caused the issue of a boil order. At home, we are unaffected, but a large portion of the school district was. So on Sunday, Anne got an email telling her that classes for Monday were cancelled. This was also on the evening news, but at oh-no-dark-thirty Anne got a robo call from her actual employer, Kelly. It was a long message, with multiple phone numbers repeated twice that she had to endure until its end, before being able to opt out of any further such calls for the day.

The news is now saying that the boil order may remain in place for two to three days. Does anyone want to bet that Anne gets another call tomorrow? So what should we do with this unexpected bounty? What to do? What to do?

Ten years ago, with the same post title as with this one, I started this blog. That’s right folks, I’ve been posting everyday for ten consecutive years now. Who would have thought it possible? Certainly not me. It has been a life changing habit. I do more and I see more than I did before. Soon after I began blogging, I realized that I was mining my life experiences as blog fodder at an unsustainable rate. To remedy this problem I’ve vowed to go out and do more, see more, so that at the end of each day, I would have something interesting to share. At this I have been mostly successful. It has been a great ride. I hope that I have another ten years of blogging left in me. We’ll have to see how it goes.

No news from the scat-cam. Even though it did register about half-a-dozen alerts last night. They were all either raindrops that were running down the front of the plastic bag enclosing the camera or an occasional lighting flash. There was no midnight pooper to be seen. We’ll try it again tonight, but this time I’ll leave the porch light on, for better visibility.

We had a luncheon today, with Dorothy and the Ons, Don and Ron. These bike buddies and I used to ride together so much that Dave, in typical teenage fashion took to collectively referring to them as the Ons. As in when I got home from work, “Dave, did anyone call me?” “Yeah.” “Who was it?” “I don’t know … It was one of the Ons.” We dined at Mai Lee.

Sometime this year will be this blog’s tenth anniversary. If you had asked me at its inception, if I thought that I would still be blogging ten years hence, I would have probably said yes, not thinking about what that level of commitment would entail. That’s the beauty of blogging though, you take it one day at a time and let’s be frank, being a blogger is really not setting the bar all that high. Still, it is a pastime that I enjoy. I think that it is also a hobby that has improved me.

It has certainly improved my writing. My editor says so. My photography has gotten better too, but that might just be better equipment. More fundamentally, it has changed for the better how I look at and approach life. Not long after I began this endeavor, I soon came to the realization that I was mining my stock of life stories, at an unsustainable rate. There were days then when for the life of me I had nothing left to say. Heck, there are still days like that.

As a coping mechanism, I began to cultivate blog-worthy activities. It got me out and about. I never used to follow the arts, to the extent that I do now. With my cycling habit, I got outdoors often enough, but with the blog, I stop more, to smell the roses now. Now that I’ve retired, I believe that I’ve taken my search for life and then telling all about it, to the next level. My travels certainly give me a rich catalog of new and varied content. Would I have visited all of the places that I have been without this blog? Maybe, but then you never would have heard about it. The actual tenth anniversary is in May, but I’ll be too busy then to write any post as introspective as this one. Here’s to the life ephemeral!

The Supremes dashed GOP hopes again on Obamacare today, when they ruled not to uphold King vs. Burwell. The crux of this suit boiled down to four little words. This suit argued that if an exchange that is not ‘established by a State’, as the law is written, then an exchange ‘established by the State’, meaning the Federal government, then these second exchanges are not entitled to handout Federal subsidies. Which is really a stupid argument. Why would the Feds not allow themselves to also spend money? Isn’t it easier to believe that this wording is just an unfortunate typo in an 800 page document? This would have wreaked the Affordable Care Act, which was the lawsuit’s intent all along. Justice Scalia wrote the dissenting opinion, in which he pined that “Words no longer have meaning…” and then went on to criticize the “interpretive jiggery-pokery” of the majority’s opinion, but I think that Scalia is onto something here and the import of this ruling goes far beyond the fight over healthcare.

If as was ruled today, my words have the meaning that I meant them to have and not the meaning that I wrote, then this is of tremendous importance to people like me, who are in the blogging business. Really, it is more of a hobby for me. I may be able to speak English as a first language speaker, but if you saw what I write as it first comes out all raw and unrefined, then you would hardly believe that I am able to write English as a first language writer. Before you read my prose, they are filtered through multiple spelling and grammar checkers, both human and machine, and still I routinely churn out garbage, but not anymore. From now on, if a little typo or two should slip through my editing process then it is not a typo after all. You are just not reading it right. After today, you should intuit my meaning in all things blog worthy and if I’m having a particularly bad day, then you should imagine the most perfect alternative writings, as mine. The onus is all on you, the reader. Don’t let us down now. Oh, and Obamacare should be extended for dental coverage too, IMHO. Applesauce! 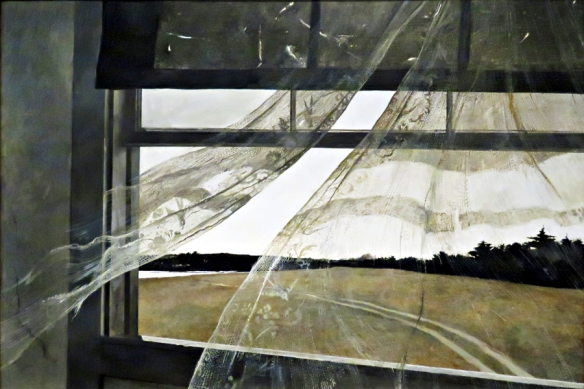 Here I sit tonight in my scriptoria wondering what to write about. I’m wrestling with a bit of writer’s block you see. Read on and see what I came up with.

I declared my portion of Anne’s central hallway painting project done tonight, even if she does not concur. We rehung the doors, which went easier than I thought that it would and reinstalled the ceiling light fixture. Unfortunately, working with the doors created some additional touch-up work for Anne. Sorry about that babes. I put a new extra bright LED bulb in the ceiling fixture and now the central hallway looks very white and very bright, think whiteout conditions. The two-tone wood-paneled doors helps to alleviate this phenomenon a little bit, but not enough. At least Anne will be able to see the little dings that I created, if she wears her sunglasses that is.

I’m sure that you all have noticed the following phenomenon too, whenever you Google something that you might want to buy, because you want to find out more about it that something follows you around the Internet, wherever you may go. We are talking wetsuits and slippers here, a fashion combination that is sure to make a statement no matter where you go. It feels like an invasion of privacy. For Father’s Day, Anne got me a solar cell gizmo for charging cell phones and the like and she was mortified to find ads for such solar cell devices popping up everywhere. She was sure that I would notice them and guess the surprise. What she didn’t know was that I had also Googled these devices and didn’t think twice about seeing the ads. Now that it is after Father’s Day, I just wish that those ads would go away. They are no longer helpful and they make me feel like I’m being spied upon, which I am, but I don’t need the reminder.

Speaking of reminders, I am now getting regular reminders from the Spacely Sprockets law office that my personal information may have been hacked as part of the Office of Personal Management hack. I might have been hacked, but I might not have been hacked, but I probably was hacked and should be extra vigilant and on guard for almost anything, at all times. Maybe they should revisit the terrorist threat levels color wheel of yore and I could forever hover between tangerine and watermelon? Even my beloved Redbirds are getting into the hack act. Heck, according to some LA Times sports writer they are probably responsible for all of this hacking going around.

Fab blogger, Andrew Sullivan of The Dish fame, announce this week that he would soon be hanging up his hat. He will have logged some fifteen years in the blog-o-sphere.I’m surprised that I’ve lasted as long as a blogger as I have, but that is not even half of what Sullivan has done. Not that I’m planning on quitting anytime soon. I like writing and I enjoy showing off my photographs. Likewise, I’m not ready to quit this blog to write the great American novel, like he is. Sometimes writing every day is a chore, but mainly it is an avenue for my expression. I began this endeavor with both gusto and hubris. A couple of years into it though, I realized that I was mining my life’s experiences at an unsustainable rate. I think that this is a common discovery of would be bloggers and is a common reason for quitting. You just run out of things to say. I began in a rush with many of my friends and relatives. Unfortunately, most of these fellow bloggers have quit. Fortunately for me though, I’ve developed the blogging equivalent of fracking. This blog has actually altered my lifestyle. I now go out and do more than I used to do, just to have something to blog about.