Bandaloop Dancing Across the Face of the Continental Life Building

It was a fun-filled day. I’m trying to beat a midnight deadline, so I’ll make this brief. We did a lot, but I’ll tell you all about that later. The highpoint of the day was Dancing in the Streets. This is an event where 2000 dancers strut their stuff. One troupe was head and toes above the rest. Heck, they were ten stories above the rest. That troupe would be Bandaloop, a San Francisco based aerial act. Each dancer is suspended from a single rope. They rappel down the face of a tall building, artistically. Today, it was the Continental Life Building in the Grand Center. Interesting there is a local urban legend that claims that the Continental Life Building was the stand-in for the Daily Planet, in the 1950s era Superman TV show. Legend says that Superman jumped off of it dozens of times. Today, these incredible performers put fact to that legend. 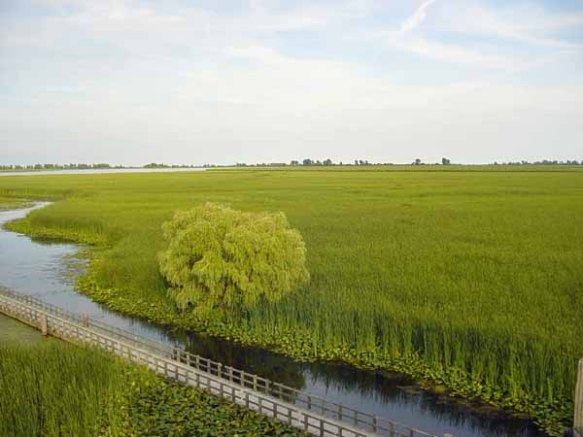 I’ve been rooting through our photo catalog this week and found this gem that Anne took in August of 2005. It was taken on a side trip to Rochester, NY, from our annual cabin sojourn. It aptly conveys teeming nature with its brilliant greens. It was taken at Point Pelee National Park, which is located in Ontario. Pelee, just a spit of a land, sits like a dagger plunged into the water from the north shore of Lake Erie. It extends a mere five miles south from the rest of the lake’s shoreline, but that is enough to make it a Mecca for migrating fowl that regularly cross the lake. The photograph also conveys the peacefulness of a late summer’s afternoon. Any naturalist worth her salt will tell you though that this is an arena of competition, strife and death, as well as a park teeming with life.

I’ve been flummoxed by the Boston Marathon bombings. It’s thrown me off my blogging game. I both loathe and feel compelled to watch, read and listen to the media’s 24/7 babble. Sampling this news leaves me feeling disgusted, but like an addict, I soon return for another fix. One positive side effect has been that I have been able to lose myself in work this week, where no media can penetrate, unless you count the occasional Cards game.

At home, while Anne works nearly 24/7, leaving no child untested, I’ve taken to watching the Vikings. This History Channel mini-series, which has all the signs of a perennial, shows us what terrorism was like over a thousand years ago. Ragnar (Travis Fimmel) wants to raid from Scandinavia towards the west. His Earl prefers the more traditional eastern course. Placed upon a collision course, these two will have a reckoning when Ragnar sets sail for England. He uses an interesting navigational technique, not the usual lodestone, to sail the North Sea. In England, Ragnar and his trusty crew find easy pickings. Vikings is a little better than the typical swords and sandals, read Game of Thrones, where all the men do is hack at one another and women when seen are naked and/or abused.

Terror is as old as life itself. The denizens of Point Pelee and their ancestors were in turn both predator and prey. Does it eat me or do I eat it? As Vikings portrays terror washed up on the shores of medieval Briton in the form of marauding Norsemen. Their terror was motivated by loot. Animals eat each other, vikings kill for gold, but why does someone blowup marathon runners?

I found this picture that I had created years ago, well before I started blogging. I made it to celebrate the purchase of our then new high efficancy washer and dryer. I borrowed the space aliens from the Simpsons and found the bubbles somewhere else on the web. I’ve dug it up to share a little humor with you. 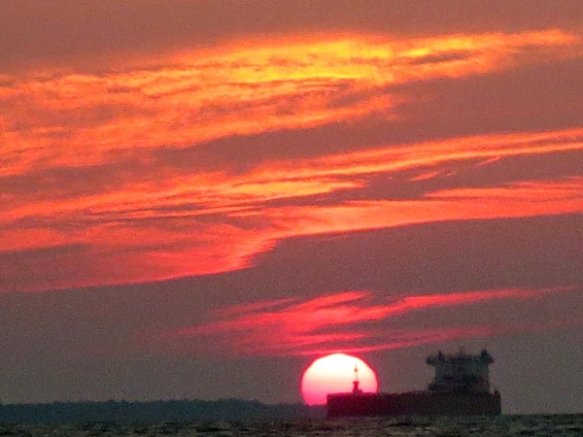 The new Google Maps App for the iPhone has just been released. I’ve already downloaded and installed it. I have been putting off upgrading my phone to the new iOS, because of all of the horror stories about the replacement Apple Maps App. Numerous coworkers have gotten lost thanks to this flawed application. Apple’s CEO eventually offered a mea culpa and fired the executive who was formerly in charge of this fiasco.

Three months ago Apple booted Google from their phone. This is all part of a greater turf war that these two behemoths of the Tech industry have been waging. Their rivalry erupted into open warfare, when Google rolled out its Android phone. This turf war is sure to continue. I’m just glad that minor battle has been resolved and I can now upgrade my phone’s OS, without reservations.

Speaking of Tech, I regularly receive informational security warnings. Generally, these warnings deal with the dangers of foreign travel, or the latest tricks that thieves are employing. This week’s missive warned that the phone company Verizon has filed a patent on TV sets that will watch the people watching it. “1984”, George Orwell’s novel of a totalitarian future society only foreshadowed this Verizon initiative. Verizon is not alone in pursuing this technology; it is only the latest guest to arrive at this party. Both Comcast and Google were already there.

Who would permit this sort of home invasion? The same people who permit it today, albeit in other forms. Those Google searches are just this horse by a different color. These TV sets will invade your home, because you allow it and because the television sponsors demand it. On air broadcasts that are free, are already losing out to pay cable TV. The choice will be eventually given to you to make, accept this privacy invasion or see your rates climb. Pay your money, or take your chances. 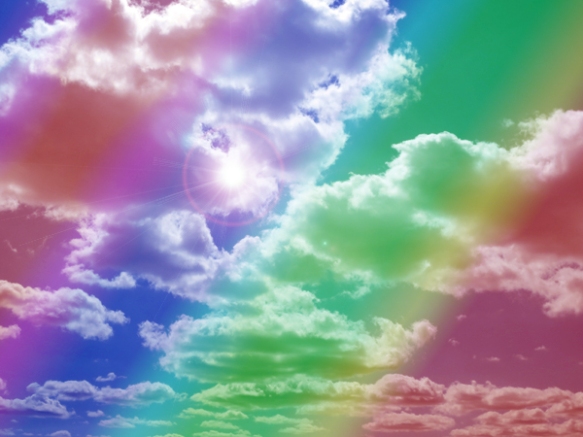 Somewhere Over the Rainbow

Transported to a surreal landscape,
a young girl kills the first person she meets,
and then teams up with three strangers to kill again.

That TV Guy, also-know-as Rick Polito, is the author of this one-sentence summation of the movie classic, The Wizard of Oz. Written circa 1998, this is arguably the funniest one-line synopsis of a movie. Dogmomster first clued me into his humor, when she reposted on Facebook, a George Takei repost. I enjoyed it when she introduced me to it and then some time passed. Last weekend, I happened upon Pacific Standard’s article on the same subject, “The Wizard of Oz in One Sentence“. This article gave me Mr. Polito’s name and with a little googling, I found both his Facebook page and website. I won’t plagiarise any of his many other movie summaries, so check them out for yourselves.

I love The Wizard of Oz. This wasn’t always the case. As a child I would gleefully sit before our family’s TV and even though with our set, more than just the first ten minutes of the movie was in black and white, I marveled at its magic. That is until the monkeys showed up. At about this time, I would scurry to my bedroom, but I could still here the movie’s soundtrack, as the rest of my family enjoyed this classic film. Somehow I always found my courage or maybe the lion’s and caught the movie’s climax, when the wicked witch became undone.

You cursed brat! Look what you’ve done! I’m melting! melting! Oh, what a world! What a world! Who would have thought a good little girl like you could destroy my beautiful wickedness?

I always enjoyed Judy Garland’s rendition of the opus song, Somewhere Over the Rainbow, with her beautiful contralto voice. Ashleigh Grace has posted on Soundcloud a great cover. You can play it below. Check it out. 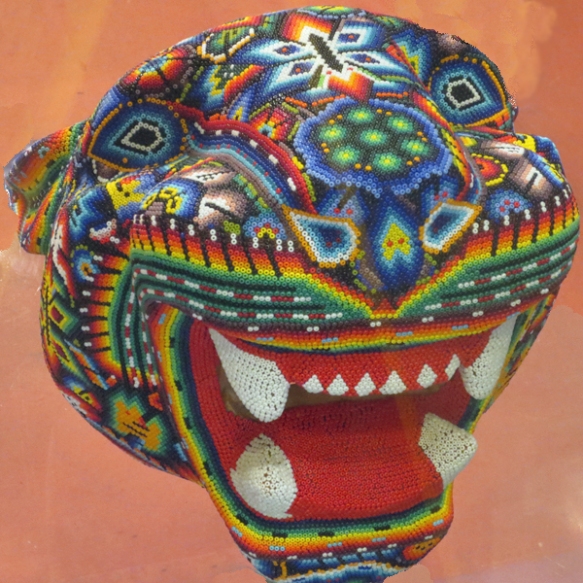 Toonces, the Driving Cat is a fictional sketch character from Saturday Night Live. Created by SNL writer Jack Handey, Toonces was the family pet of Lyle (Dana Carvey) and Brenda Clark (Victoria Jackson), a couple who would allow their cat to drive the family car. At first, they were delighted that their cat had such an ability, but were always horrified to discover (too late) that Toonces was actually not a good driver. Inevitably, Toonces would drive the car over a cliff. This sequence was characterized by someone in the car yelling “Toonces, look out!”, followed by stock footage of the car sailing off a cliff. – per Wiki

Obama wins the election, the stock market pulls a temper tantrum and Republican congressional leadership returns to the mike after remaining silent for months. A lame duck session of Congress is in the offering, with the main agenda item on the table being the fiscal cliff.

The so-called fiscal cliff is really a series of escarpments. Broken down this precipice encompasses several parts. First, there is sequestration, the compromise from last year’s debt ceiling deal. Sequestration would cut the federal budget, but the main complaint about it is that it will cut as with a maul and not with the prefered scalpel. Second, are the payroll tax cut that were implemented to stimulate the economy and an extension to unemployment benefits. Finally, there are the Bush-era tax cuts.

It is generally agreed that allowing all of these tax and spending changes to occur would be a bad thing. It could possibly lead us back into another recession. There is the rub though. As a loyal American only wishing the best for my country I would whole heartedly endorse such a deal. Except that we will be dealing again with the very same tricksters, who for the past two years have done nothing, except to our obstruct government.

Once you have them by the balls, their hearts and minds will follow – Chuck Colson, Nixon consul

The Republicans have proved themselves way too adept at spinning these sometimes too arcane financial debates. The Democrats just can’t seem to hold their own water when it comes to debates like this. I have a simple prescription, let Toonces drive. Let’s dive off this fiscal cliff. Come late January, when the new Congress is sworn in, they can address these problems properly.

Except they won’t be the same problems. The Democrats won’t be arguing to raise taxes on the rich that will have already been done. Instead, the Dem’s might even exceed to an upper class tax cut, albeit a small one. Budget cuts will have been already made, we will just leven them with some intelligence. We’ll want to cut middle class taxes too. The markets will gyrate, but in the end rebalance. Is this not a Grover Norquist dystopian future?

To the more milk toast of my Demo brothers and sisters, I offer the following sop, Toonces in a happier younger time. I also want to offer a belated Happy Birthday to Dr. Alice. This blog has totally gone to the . I mean cats.