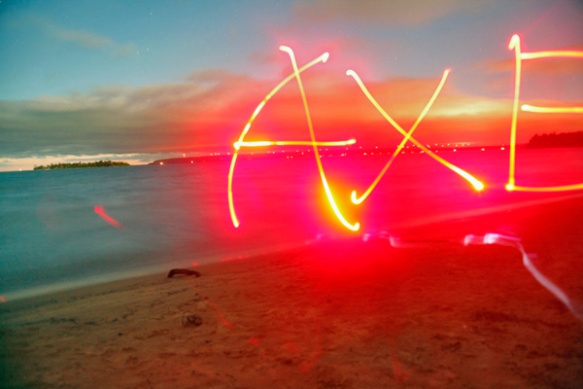 Being the retired guy, I have way too much time on my hands. After taking a five-mile, two-hour, with coffee breaks, leisurely stroll, I sat down in front of the computer, with lunch and promptly lost my soul to YouTube. Dave always warned me about doing this. The object of my online quest was Dungeons and Dragons or D&D fan fiction. The impetus for this search were Karen’s D&D cat videos that she regularly retweets. They’re a guilty pleasure and I love them, but what else is an internet for other than silly cat videos? The videos that I watched had no cats in them, except one and there it had a critical roll.

Universally, this live action roll-playing fan fiction plays the people who play D&D for laughs, using the travails of the game to expose the foibles of their human nature. Often the title of these series highlight the naivety or ineptness of their characters, with cute in-game references like, One Hit Die² or 1 For All³. One of the fathers of this genre is the movie, The Gamers: Dorkness Rising.

In the theatrically released movie, The Gamers, we get to see the actors play both their characters and their character’s players. Their personalities bleed across the player character-player divide. Released in 2008, its writing, acting, and production values are all second rate, but for lovers of the game, its humor is to die for. I especially enjoyed the opening encounter with the goblins that starts around minute 25, where the newbie woman fighter demonstrates her better understanding of the game’s mechanics than her male party members.

Lost in consideration of imminent impalement

Roll to save! “Critical Role” is a web series that portrays people playing Dungeons and Dragons. That’s right folks, it’s a TV show where you watch other people play D&D. For the uninitiated, think of it as fantasy reality TV. I’m coming pretty late to the scene, since they already have 30+ shows in the can. This show’s shtick, is that they have voice actors, as their on screen talent. The players and especially the DM are great at conjuring voices for and acting out their role playing, but what is even more fun is listening to the out of character repartee among the cast. The players play to the audience in a way that influences game play, but in a good way. Pratfalls are taken good naturedly by the player characters and there is a general realization that the game is just a game. It makes it more fun to watch. I tried watching the first episode, but debut production issues kept getting in the way. I recommend skipping forward, at least to the second episode, where they first enter the dungeon. They are playing 5th edition D&D. The show is LA based. I watched it on YouTube. Beware though, episodes run 2+ hours long. You could easily lose your soul with this show. 😉 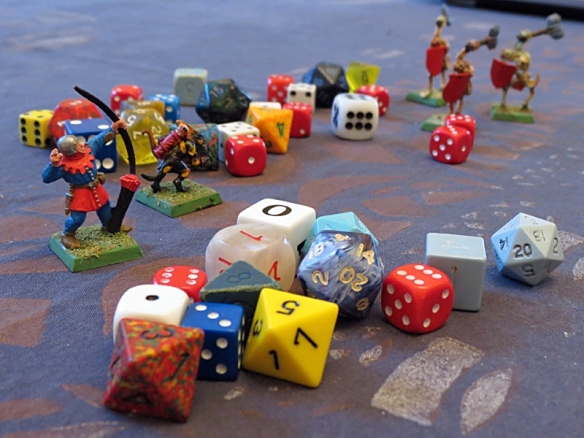 Knights of the Dinner Table

Dungeon Master: The corridor ends at a closed wooden door.
Thief: I approach the door quietly, all the while searching for traps.
DM: [The sound of dice rolling.] You don’t detect any traps.
Thief: I listen at the door for any sounds?
DM: High pitched voices utter an ugly guttural tongue, goblins.
Thief: I alert the party and then quietly try to open the door.
DM: The door is locked.
Thief: I attempt to pick the lock.
DM: [More dice rolling is heard.] The lock springs open with an audible click and the voices inside fall silent.
Thief: I throw open the door, draw my dagger and then tumble into the room.
Warrior: I draw my broadsword, raise my shield and rush in after the thief.
Elf Ranger: I notch an arrow and draw my bow.
Wizard: I prepare to cast the spell, Magic Missile.
DM: Inside the room you all see several goblins seated around a large wooden table. It looks like you’ve interrupted them, while they were playing some sort of dice game. Also scattered across the table are pieces of paper and the occasional miniature figure. They all seemed surprised, but I still want everyone to roll for initiative. [The sound of dice rolling ensues.]

Anyone who has ever played Dungeons and Dragons will recognize the previous excerpted dialog as an example of play from that game. Millions of people have played the game. This month, D&D turns forty. One of the most defining games of my life, this game is now officially middle-aged. I was there at the first, in 1974. Well really the summer of ’75, but I did thumb the rules of Chainmail, one of the ancestors of D&D, even earlier than all of that. I think that after forty years, this all qualifies me as an early adopter.

When I lived in Ann Arbor, I role-played with my war-gaming buddies, but when I moved to Saint Louis similar buddies were hard to find. So, I decided to breed my dungeon crawling party. This worked out quite well. Dan and Dave still dabble with the game and will likely purchase D&D 5th edition, when it comes out this summer. Their paired initials even match those of the game!

I’m not an active player now, but this summer’s reboot does offer an opportunity to revisit it. Mainly now, because the game has been a part of my life for so long, aspects of it have crossed over into everyday life. For example, the mound of clothes that semi-permanently sits on our bedroom, waiting to be folded, is known as the Shambling Mound, a classic D&D monster. Another creature that sometimes appears, also due to poor housekeeping habits, is the Gelatinous Cube, usually found at the back of our frig. Need I say more?

I’ve gotten my geek on here, but Dungeons and Dragons has influenced more than just me. It has spawned a billion dollar video game industry. It has also created a cottage industry in D&D parodies. TV shows like the Big Bang Theory and Community have dipped into this well, but the most fan-tastic of these tributes reside on YouTube. This video is one of the more loving. Besides SJ Tucker, the other cast members are The Gamers, who do many D&D parodies.