I saw this gorgeous ginkgo tree driving home from the grocery store today. It is a riot of yellow. It had dropped some of its leaves already, but it still has a lot leaves on its limbs. Ginkgo trees tend to drop all of there leave almost at once. This tree is large for a ginkgo and I suspect that in a day or two this tree’s branches will be bare, like most of the other ginkgo trees that we saw while later walking around our neighborhood. As of today most ginkgo trees have already lost their leaves, dropping them neatly below the trees.

We got a package that was sent by my brother Chris. In it were two posters that were created from two of his latest photos, Pacific Grove and Big Sur. You can see them by clicking on Chris’s Flickr feed on the right. We’ll put them up in the computer room, which only has north facing windows, to prevent sun damage. 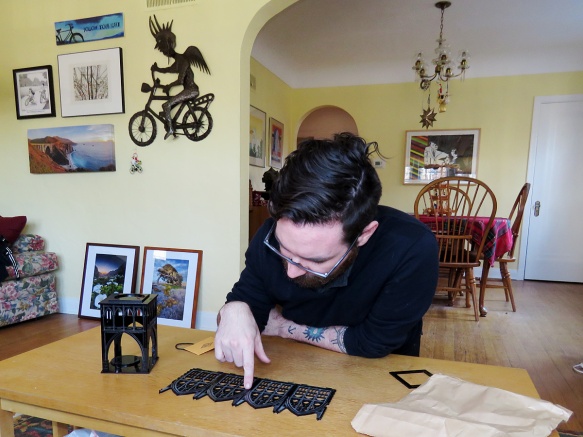 The Artist is in Residence

At noonish, we picked Dan up at the airport. When we got home, he showed us his newest creation, a laser cut candle sconce that he designed and a machine built. He rented time on a machine to build this one, but he has already ordered his own machine. It’s called a Glow Forge. It looks like a very successful crowd sourced product. Glow Forge is based in south Seattle. He hopes to get his machine early next year. In the meantime, he is racking his brain for product ideas. There are fantasy / sci-fi gaming related ideas that he is exploring. One of his former colleagues who already has a similar gaming / laser cutting business has offered to sell his ideas. He might pursue this avenue while he waits for his own machine to arrive. He is also entertaining renting time, once his machine arrives. One idea that I like is making 3D topographical maps. The machine’s bed is 20” wide and in theory infinitely long. It will cut almost any non-metallic material, up to a quarter-inch thick: plastics, woods, leather, paper, cloth and chocolate are all good candidates. It will not cut, but will etch both metal and glass. Want to personalize your Mac Book? If you have any ideas, pass them on. “How about etched beef jerky business cards, can it make those?” Sure, and if you don’t get their business, at least you fed them. In the background are two new photos from the other artist in the family, my bro Chris that just arrived yesterday. We opened them as an early Christmas present. Thank you, Chris! 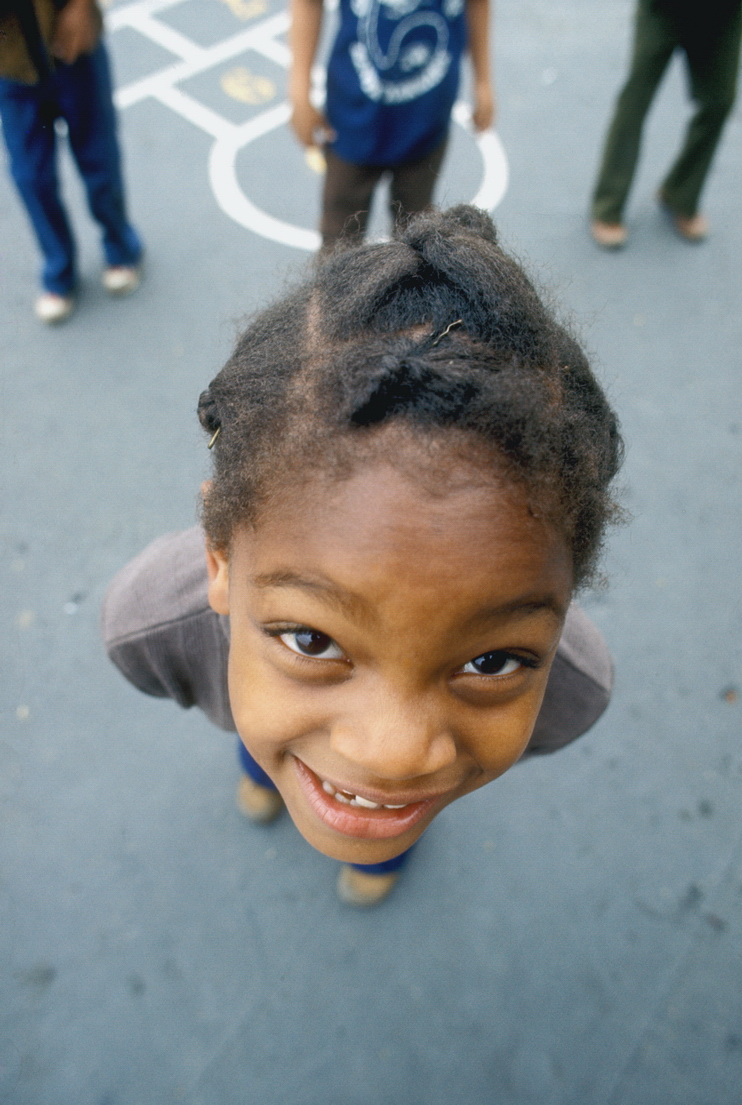 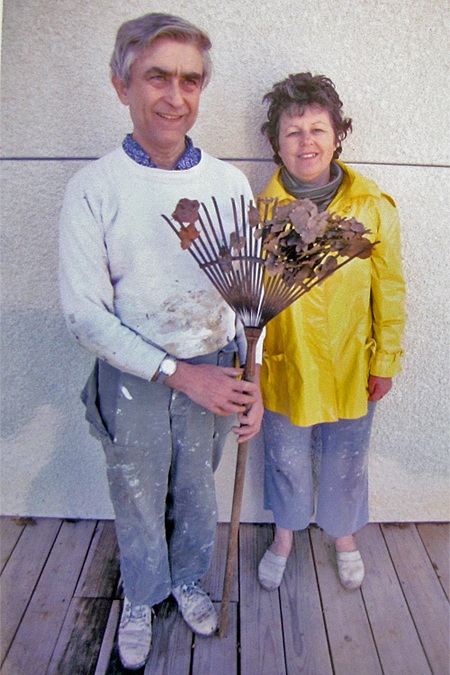 While lacking Grant Wood’s rather dour portrayal of his friends and family members, this collaboration between my parents and my brother Chris succeeds in capturing Wood’s rather sardonic sense of humor. My folk’s shabby attire was in no way an affect. This was their day in and day out landscaping attire for suburban farming on the southern plains. My mom always had to add her dash of color, hence her yellow slicker, in her own way even more mocking of Wood’s original mocking ethos. 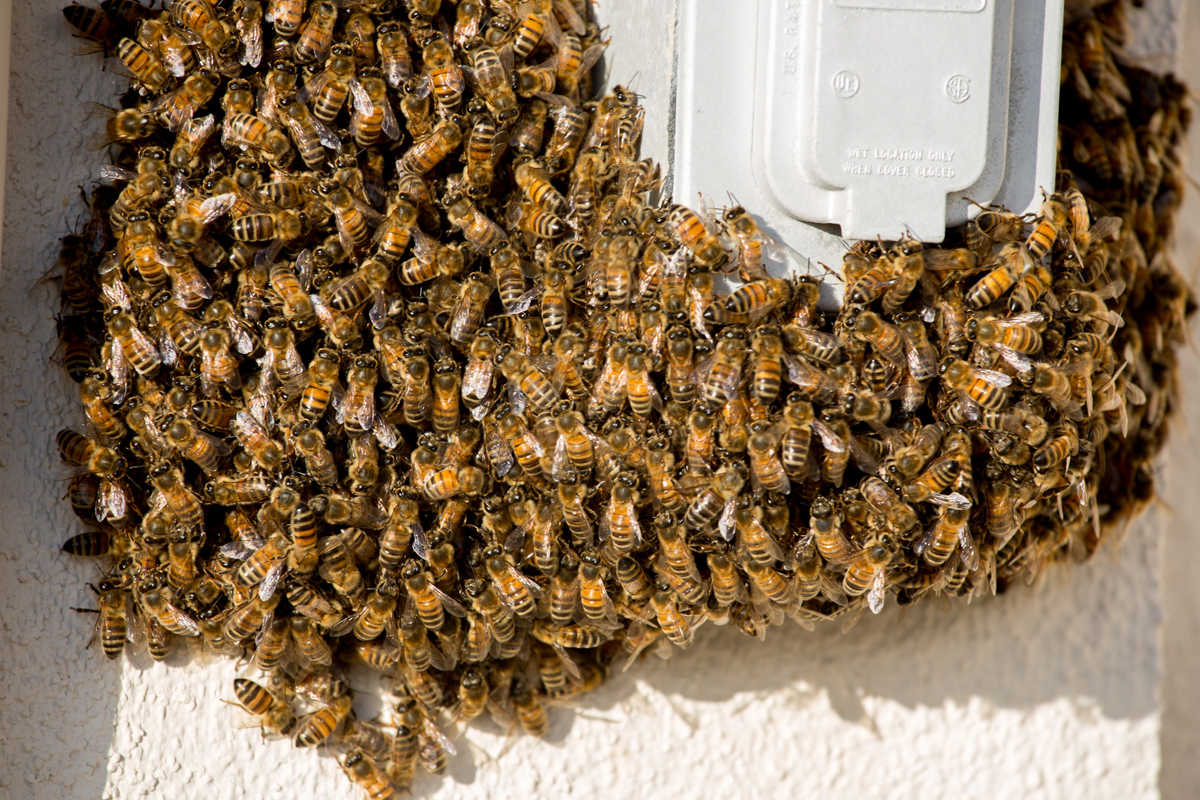 Chris sent me the above picture. It shows a honey bee swarm that has landed on the power boxes, just outside the garage door. They must have landed there the day after we left, because they weren’t there when we were loading the car for the drive down to LA. I’m sure that we would have noticed them there, otherwise.

I looked up bee swarms on Wiki and it said that these swarms typically campout somewhere, for a day or two. In this time period, scouts are sent out to search for and find a new nesting site. When each scout returns, it dances a little jig. This dance communicates to the swarm what site this bee has scouted. Supposedly, the enthusiasm with which the scout dances her dance communicates the level of desirability of this particular nest site. So, slow dancing is not a good thing here. Eventually, all of the scouts begin dancing the same dance. Think country and western line dancing. This indicates that the swarm has reached a consensus and is ready to fly off to its new home.

Today was my second day back at work after vacation. The excitement of the first day back had faded. I felt that I was droning on by the afternoon. I think back to what the young trail builder told me, up on the mountain side in Yosemite. I must have provoked him by saying to him, “You have one heck of a commute.” He replied, “Yeah, but when I go on vacation, I like to sit in a cube for forty hours.” This week I only have to sit in a cube for twenty-four hours. Forty-hours doesn’t come until next week. I’ll think about that then. 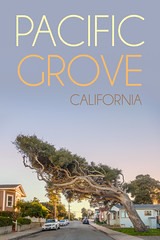 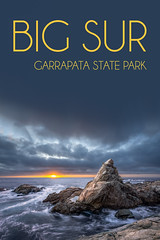 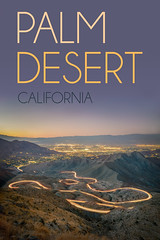