Today, is municipal election day. No big deal. Just, a few school board members and some propositions. Nothing too controversial. Anne is working the polls today as an election official. She got up at uh-oh dark thirty and was gone well before sun up. It should be an easy, if long day for her. Unlike last November’s election, turnout should be pretty light. Giving her plenty of time to work on her knitting and get paid for it too. Her polling place is the neighborhood elementary school, site of her old favorite substitute teaching position. It has been more than a year since she last substituted. For a long time school was only virtual. Now it is reopened. With its reopening requests for her services have also reappeared. So far, she has ignored them, but today she might actually see someone who wants her to come back to work. It’s a lot easier to dismiss a text message than someone you know, in purpose. Of late, she has been seriously toying with the idea of permanently retiring, but you know what they say, “just when I thought I was out, they pull me back in again!”

Anne had suggested that I come to her polling place to vote. A recent innovation in election technology allows a voter to vote at any polling place in the county and not just the one that they are assigned. But there was a bad wreck on the highway. Anne had taken the car, so I wasn’t going to be on the highway anyway, but traffic was such a mess. I first learned of this accident by helicopter. The weather was nice enough that I had left the back door open and through it I heard the steady thump-thump-thump of a traffic copter that had parked itself above the nearby scene below. I biked to the polls. Crossing an overpass, I could see the accident site. It was on the headed downtown side of the road. The opposite side was flowing west, but so was the eastbound half of the highway. The police had turned around the cars trapped by the wrecks. I later learned that the accident involved a semi and a car. The driver of the car died. 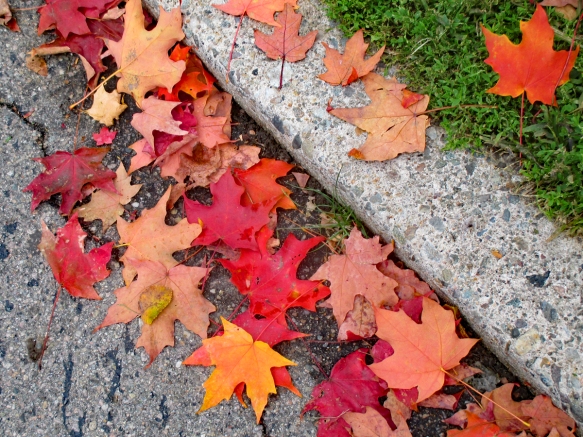 It looks like Dr. David will be “graduating” from Harvard and getting a job-job at MathWorks, makers of the popular scientific software package MATLAB. His offer is still contingent upon background and reference checks, but his fourth interview on Friday went well and he should be good to go. With this new job, he will remain in Boston and enjoy a nice pay bump. He’ll no longer need to do math just for food anymore. With this move he will be leaving academia, which for him has spanned thirteen years and encompassed study and work at Rochester, NIH, Purdue and Harvard. We wish him well as he departs the ivory tower and enters the real world, where I’m sure that he will do very well.

Meanwhile back here on the farm, Ma and Pa Kettle are making last minute preparations for the imminent arrival of Jay and Carl. Jay has a conference in town and will combine business with pleasure and extend their visit and do some sightseeing. Too bad the Cards couldn’t provide any face-to-face baseball. 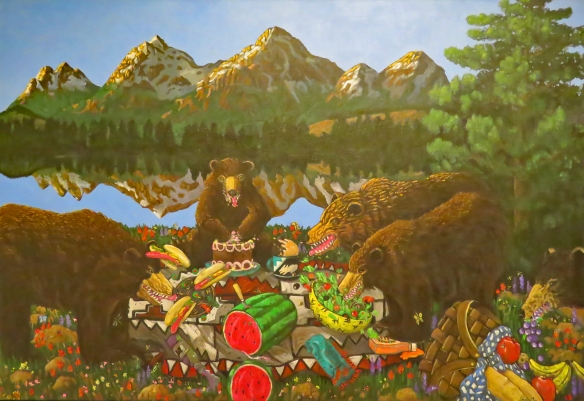 Friday, is the traditional day for working people to go out to lunch. I am no longer a member of the proletariat, but since other luncheon goers still are, it worked best for everyone. Dave, my former colleague, organized today’s affair. He has been trying to lasso me since August. I really appreciate his patience. The original venue did not workout. Lunch was at eleven and the restaurant didn’t open until 11:30. We decamped down the street to another establishment. There were five of us at the old guys table, two working stiffs and three retirees. The still working lasted about an hour and Dave and I went on alone for the last hour, making for a total of a three-hour tour. We had three years of history to catchup on. In the end, the time to pickup Anne from school drew nigh and I had to bid farewell, with promises of let’s do lunch again on our lips. 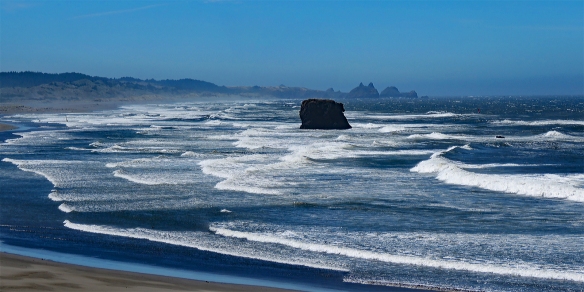 I chose my initial career path one night in my senior year in high school. I had accompanied my dad on one of his nightly runs to the University of Michigan’s computer center. As he punched a few cards for his next job, I looked around. It must have been at the end of the term, after years into his fellowship. The gleaming clean of the computer rooms counterpointed the trampling dirty footsteps of final’s week. Somehow this dichotomy captured my heart and I longed to be on the other side of that computer room glass. I majored in computer science and at times scrounged dirty, but un-punched cards off of those totally unsanitary floors, but never did I break that glass. I graduated, just barely. My first boss was originally my college advisor’s babysitter. After two years on the job, I had become disenchanted to the point of insubordination. I was got a second chance in Saint Louis.

Anne and I married and moved to Saint Louis. We enjoyed our great adventure, before settling in and buying a house and having kids. My computer company was shot out beneath me. I jumped from the frying pan into the fire and hired into the defense industry, just as the Berlin wall was coming down and my prospective employer was also experiencing its own financial difficulties. What ensued was ten years of layoffs. My employer’s workforce shrank to 20% of my hire in numbers. I still remember my new hire orientation instructor touting his weight loss, while wearing his now oversized suit. Still, I persisted. Those ten year probably took twenty off my life. I survived and eventually prospered. What did I do? I like to say that I made paper airplanes. It tends to fend off further questions and keeps me square with the government. When I calculated that I had made enough money, I punched out.

When I look back over my career, there are a few things that were of note, awards, promotions and innovations. What I value most from my work was that it provided for my family. All of the petty crises that once populated my day-to-day work life have melted away. I can look back and see that my success was founded on three principles: 1) staying healthy 2) staying married and 3) staying employed. I wish my children my kind of success, because I love my life, I love my wife and I hope that they enjoy our kind of success. Show them the money!

All kidding aside, back in the day there were lots of good reasons to buy empty capsules. Prescriptions were often filled in bulk form, leaving it to the patient to parcel out the individual doses. Much like patients today fill their weekly pill cases, in the past patients were expected to fill their pill capsules. The advertized rather arcane capsule size “00” holds about 735 mg.

I got a bike ride in today. It was a nice tranquil ride, with a nice mix of other cyclists, including bike commuters, young people out exercising and old farts like me. I got out in the morning, before the heat really set in. Anne and I have Gyrotonics tonight, so I’ll certainly get my exercise for the day.

It looks like our artistic son is getting invited to join the movie and TV union that he has been working in, while on probation, for the past year or so. I guess he found enough Italian ancestry in his background to meet their requirements. This is a job with enough salary that he could make a living wage in NYC or live like a king anywhere elsewhere. The problem is to quote Groucho Marx, “I wouldn’t want to belong to a club that would have me as a member.” There is another show business union that he would much rather join, but he has not worked in it, let alone been invited. As a parent, it becomes frustrating when you can no longer helicopter in and save the day, but on the other hand it is a good sign of how well we raised our sons that they have these kinds of problems. 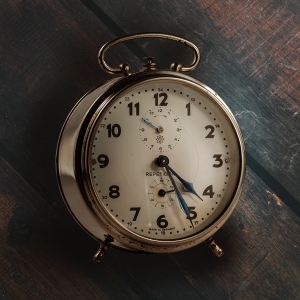 We’ve come to the end of Game of Thrones. After tonight, there is no more. Except for the two more books that GRR Martin has yet to write, but will he? He is not exactly getting any younger. As popular as his books may be, they have been eclipsed by the TV show and that ends tonight.

Tomorrow morning, most people go to work. Among these folks will be two types of people, those that have seen the final episode and those that have not. In that Monday morning gathering around that metaphorical watercooler, there will be two camps, the haves and the have nots. Those who have watched, will participate in the discussions, while those who have not are confined to the periphery and can only listen. We humans are social animals. We require the company of others and will often do what is necessary to acquire that company, even it means subscribing to HBO.

Scoffs may claim that this too will soon pass, but not as quickly as they may hope. Part of the allure of Sunday night TV is that there are five days of follow-up. Networks have long since realized this and now choose Sunday for their best. Often promising series are moved to Sunday and that frequently bolsters their ratings. Shows jockey on Sunday not only for ratings though, but also for that greater prize of awards. In truth, Sunday’s shows are all about bragging.

I’d asked Anne to recap Game of Thrones for me, knowing that she has never seen a single episode. “It is about a bunch of families that don’t get along and dragons.” And to elucidate that her rather succinct color commentary was up to date with last week’s penultimate episode, she added, “and those parents who had named their daughters after Daenerys, might want to add as a middle name, ‘Before the 8th Season’.” I guess that even teachers have their version of that metaphorical watercooler. I think that they call it the teacher’s breakroom. In the future I can see a school discussion such as this, “Daenerys Campbell was doing fine until Johnny Smith pulled her hair and then she went full Targaryen and dumped a jar of gold paint on his head.”

Please don’t fret about any of this. Especially not in those wee small hours of the night. That is a time best left to stew about other more mundane problems. Work will begin in a few hours and with it will unfold a whole new week full of everyday crises. In a few days, YouTube clips will appear and you’ll get to see the highlight reel of what everyone has been talking about. Whatever happens tonight, it will eventually subside and melt into the broader culture. Pundits say that with the advent of binge streaming, this TV series might be the last of this episodic kind of show, the last watercooler moment. References to it may resurface over time, like inside jokes that you won’t get, until they are explained, but please don’t fret. Maybe you could read the books?