Today, we went to the Clayton art fair. We walked there from home, which considering the day’s mid-eighties temperature might have been a bit too much. Anne wore her new full-length dress that got her a cute girl complement, before we even got out of our neighborhood. Unfortunately, it was a bit too long for her, because while walking over to the art-fair, she stubbed her foot on a heaved section of sidewalk, tripped and fell, scrapping both palms and one arm. She was a little shaken but wanted to still press on and not turn back.

Arriving at the fair, which is held in downtown Clayton, our first order of business was to get something cold and wet to drink. The fair’s beverage booths were mainly setup to serve alcohol or bottled water, neither of which were very appealing to either of us. We ducked into a Starbuck and scored a pair of Mango Dragon-fruit Lemonades, which are a hideous purplish pink color that just screamed its desire to spill out of their cups and stain our clothes. Anyway, it was just what the doctor ordered. We toured the fair sucking on our drinks and baking in the heat. Most artists had signs in their booths proclaiming their desire that customers should not take photographs of their work without permission, which I respected, as much as it pained me, because there was a lot of great art.

It is a juried fair, but it does have a small section dedicated to emerging artists. There we met Mike McHaney, who is a local. He is a photographer, but his work is quite unique. His macro-photography is of ferrous fluids, which is basically oil with tiny iron nanoparticles suspended in it. He then applies a powerful rare earth magnet that causes the ferrous fluid to form tiny sharp spikes that follow the magnet’s field. In the GIF below, he is blowing on this fluid to further animate it. The fluid is jet black, but by using various lighting techniques he can create photos with lots of amazing colors in them. This is his secret sauce.

After this demonstration, we were about done. We were going to call an Uber, but they had jacked up their rates, so it would have cost us fifty dollars to ride the two miles home. So, we trudged home on foot. When we were about halfway home and far enough from the fair, I checked their rates again and they had dropped to ten dollars, but by then we only had a mile to go. We eventually made it back home, hot, a little weary and a little banged up too.

Pictured here is a greatly magnified image of an ovum with protective cells on one side. Reflecting on life and death at the cellular level Kiki Smith implies reproductive capabilities as well as vulnerability to disease.

Scholar Jenni Milbank writes, “The title of the piece juxtaposes the public claim of nation-state, the flag, with the image of something minutely personal, invisible to the naked eye, indisputably feminine, a human egg. A black flag is the opposite of the white symbol of surrender, evoking defiance and anarchy as well as death. Death and life, the nation and the intimate, are counterposed.”

One of the most horrible acts ever perpetrated during the Trump administration was the process of family separation, where young children were taken from their parents and then put in cages. The cruelty of this policy was graphicly portrayed on the July 2, 2018, cover of Time Magazine. Titled Welcome to America, the cover shows a small crying girl of Hispanic origin looking up at Trump who returns her stare, but without any sign of compassion. Pictured above, artist Enrique Chagoya has used as a point of departure an analogous historical situation from 1776, the kidnapping of Daniel Boone’s daughter Jemma. This incident, most memorably portrayed by Charles Wilmar with his painting The Abduction of Dainiel Boone’s Daughter by the Indians (1853) forms the basis for Chagoya’s caricature. Chagoya scrambled the identities of the figures, who take on heads borrowed from different Indigenous people, while Jemma becomes a cartoon duck. In doing so, the artist calls attention to the irony that people living on historically stolen land carry hatred towards foreigners. 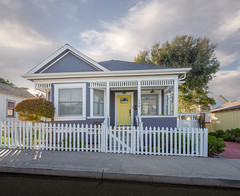 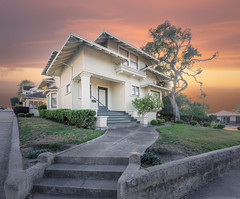 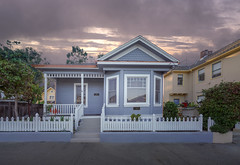 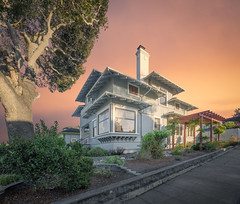 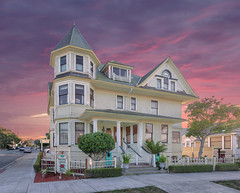