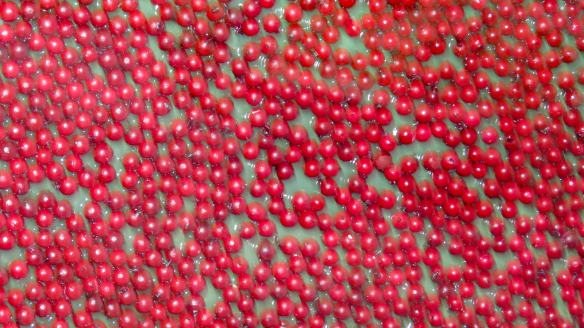 Joanie visited us. So, if the need arises for us to do some contact tracing, we can start with her. The reason for her visit was to return some books that Anne had lent her, but I think that she really wanted to see us. I invited her in and we kept six-feet apart, mostly. It was foolish and in the future, I’ll setup chairs outside, because this is how disease spreads. I heard that New York Governor Cuomo has said that fully forty percent of all currently hospitalized Covid patients in his state claim that they had contracted the disease without ever leaving their home.

I tried something new for our special Saturday breakfast—spiced fried toast that had been transformed with an egg in a hole in the center of each slice. This was a first attempt and as Anne observed, instead of an egg in the hole, what we got was more like French toast. Still, it was a promising start. Next time, I’ll know better to make the hole bigger and I have to work on flipping the toast, without letting the egg leakout in the process, but that will come with practice. It took me a while to obtain my practice perfection at making avocado toast. Anyway, it tasted pretty good. Starting with a loaf of Zingerman’s bread, probably made all of the difference and we still have plenty of that left over.

The Missouri legislators wrapped up their annual session yesterday. Not much seems to have happened this year, what with the plague all about. For example, they made statewide, what St. Louis County had already done. That is voting by mail. Their “new” law seems like a repeat of the current law, the one that the county has already acted on. At least their hearts are in the right place.

Also in politics, we got a mailer from the challenger who is running for mayor. I had guessed right, he is upset about Altair at the Heights, the new building of apartments that is going up. His flyer questioned several other local properties undergoing or about to undergo development that I’ll have to checkout. I still have time to decide, before we have to mail in our absentee ballots.

And now this, I finally got around to watching last Sunday’s episode of John Oliver’s political comedy show, Last Week Tonight. The central theme of this episode was the US Postal Service and the trouble that it is in now. Hint: It has nothing to do with the Internet, Jeff Bezos, Amazon or even the Washington Post. Rather a 2006 law has saddled the Postal Service with insurmantable debt and left it no way to right itself. As is often the case on this show, Oliver has offered his audience an opportunity to participate and help save the Post Office. Apparantly, one can commision the Post Office to print vanity stamps, which can be quite lucrative for the USPS. This is what he has done, with a set of four Last Week Tonight themed stamps. I ordered a sheet of stamps. After I had placed my order, I was informed that because of “heavy demand” my order will be delayed. Which, I took as a testament to the power of slacker activism.