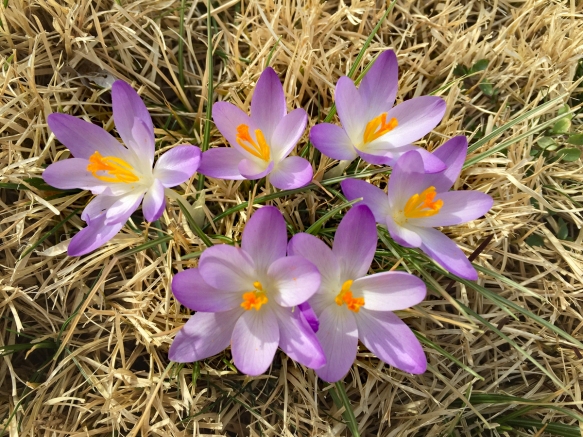 Punxsutawney Phil was as good as his word. March has come in like a lamb and this week’s forecast is full of early spring weather. The crocuses are out, the trees are budding and the zoysia is beginning to turn green again. Today was nice enough to entice Anne and I to go for a bicycle ride, but you know what they say about March. In like a lamb and out like a lion or in this case a tiger. Tiger burning bright in the sinew of the night. Apologies to William Blake.

Anne and I took advantage of this warm spell and got out on our bikes. We rode in Forest Park, with most of Saint Louis. On the way back home, we stopped off at Kaldi’s on DeMun, for a latte and a smoothie and to soak up some more sun.

Spoiler Alert! This week, Knives Out director Rian Johnson released a major spoiler, not just about his most recent murder mystery, but outing all TV shows and movies. He divulged a show business trade secret that will allow anyone to pick out the bad guy, from any line up. Apparently, Apple has no problem with its products appearing on screen, so long as they are portrayed in a favorable light. You can take this to mean that only the good guys can be seen with an iPhone or a Mac Book. Anyone sporting an Android or a PC is automatically suspect and should be given a wide berth.