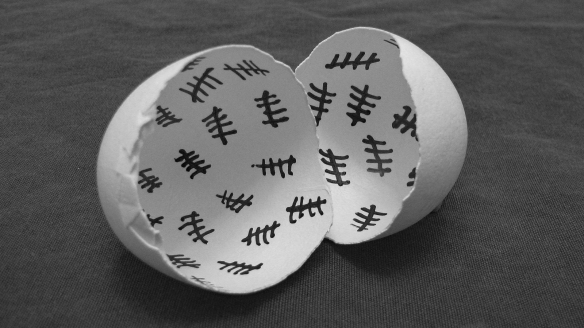 Another day,… Which day is it now? They’ve all run together as in a blur.

Today, Friday (I knew which day it was.), is the 75th anniversary of V-E Day. The V-E stands for Victory in Europe, this is the day that the Nazis surrendered on, after six and a half years of fighting and suffering in Europe, during World War II. We however, after only about six and a half weeks are ready to throw in the towel, get up off of the couch and return to the life that we all once knew. Quarantine be damned! Sorry, but it doesn’t work like that. Joking aside and comparing our “sacrifice” to those of the Greatest Generation, is laughable.

Still, some people are unable to even to do so little. The wimpiness being exhibited by these people is pathetic and no joke. With cries of live free or die, clueless of the irony of that statement, some “very fine people”, read gun toting thugs, Nazi sympathizers and generally deplorable, run around waving their Confederate flags and call themselves patriots and think that they are brave.

Of course El Stupido, the agitator-in-chief, has egged on these people, simply because he believes that their actions will help his reelection chances. His advocating the reopening of the country will not change the direction that our economy is heading. It’s going down, down, down. Today’s 20M+ jobless numbers for April, that gives us a 15% unemployment rate are not going to be reversed anytime soon. It is just magical thinking to believe this. You might as well be seeing unicorns. Through his bumbling inaction and mistakes we has wrecked the US economy and it won’t be put together again before November.

The worse part of his plan is that we will be squandering the efforts that we have already made. The virus will be again unleashed and all of the people who have died, will soon be joined by many more. It will get a whole lot worse than it has been, but the Donald may not be around long enough to see all of the damage that he has wrought. Yesterday, it was announced that his personal valet had tested positive and today a Pence staffer also tested positive. In a Whitehouse that doesn’t practice social distancing, how many more infections will there be?

I cannot believe that the President, such an epitome of physical fitness will fare well, when he gets infected. Of course there is plenty of bleach around. Watch his twitter feed over the next few weeks, if there is a halt to his telltale hateful tweets, then we’ll all know that he has gotten it.