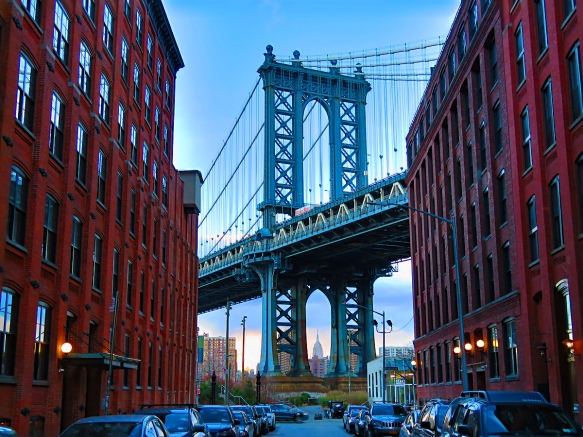 The boys both called. They had hung out together for a day in Brooklyn. Dave is in Cambridge now, unpacking and preparing to start his new job tomorrow at Harvard Medical School. I just never seem to get tired of mentioning that. Dan is in the Lou now, where the high yesterday was 107 ºF. It was 95 ºF in NYC, when they met, leading Dan to offer the following comparison of the heat in the two cities: In Saint Louis, it felt like you were sticking your head in the oven, but in New York, it felt like you were sticking your head into someone’s armpit. Dave had to agree with the second half of that analogy, but as a visitor he was a little bit more sanguine about it. Sure there were mountains of smelly garbage stacked on all of the sidewalks, but then someone had also opened a fire hydrant and kids were playing in its gushing water. It was iconic New York. Meanwhile, back here on the shores of Gitchee Gloomy it is cold and wet. I was awakened this morning by the distant rumble of thunder, as a storm loomed out across the lake and slowly crept closer in the morning’s still air. When the rain finally arrived, I got up and closed the windows. It had been raining steadily ever since. Today, is definitely not a beach day, but at least it is not hot. I just had to resurrect this shot of the Manhattan Bridge, as seen from Brooklyn. That’s the Empire State Building sticking up between the bridge’s uprights.