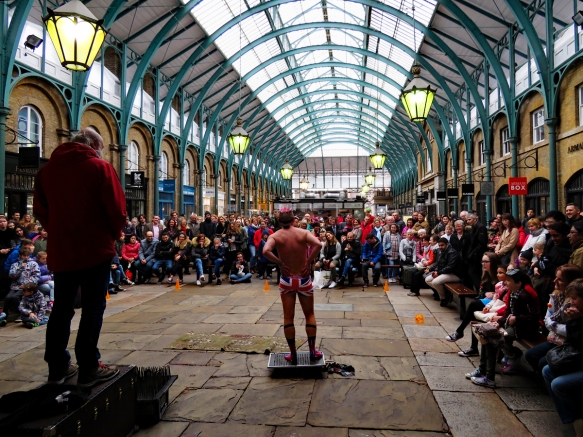 We’re home now, after yesterday’s very long day of travel. It began with a red double-decker bus ride across London to Paddington Station, where we caught the express train to Heathrow. This time, we flew a 787 across the Pond and I cannot not overstate just how fantastic this aircraft is. One small example is that there is now enough headroom to standup in your seat. No longer do you need to leap into the aisle, just to stretch out and I had a window seat. Our route took us across Ireland, Quebec and Lake Huron. We were at 40,000 feet when Anne identified the circular remains of the giant ancient meteorite crater in Quebec. I saw Manitoulin Island before it clouded up. Another key feature of this plane is that it is almost 10% faster than any other airliner, because after eight hours, no matter how great this airplane is, you will be ready to get off of it. We landed at O’Hare, where our customs experience was everything that the Donald could have hoped for. We passed through without even the agent’s once perfunctory welcome home greeting and found ourselves Back in the USSR. Weather had cancelled our connection, but we were able to change airlines and land in the Lou, with only a few hours of delay. Home, siting on the couch and watching an SNL rerun, I realized that we had been up since what was now 1 AM local. It had been a very long day indeed. We really enjoyed our holiday in merry ole England. I chose this photo, because it perfectly captures the mix of traditional, modern, fun and profane that epitomized our visit to London.