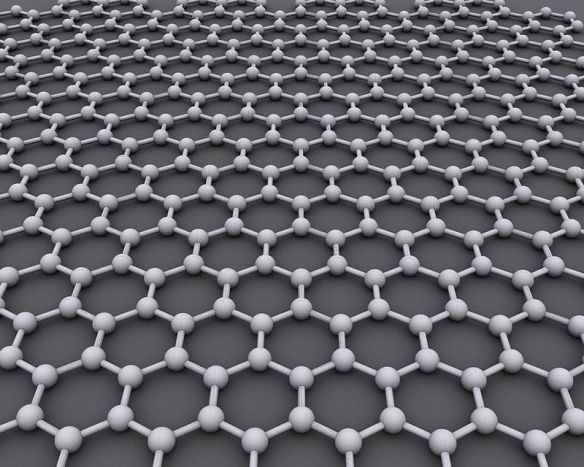 Even though it is still only January and as such it is still well within the depths of winter, colleges and university across the country have reconvened and begun this year’s spring semester. Along with this beginning, Cynthia Wichelman MD restarted her Science on Tap speaker series. In conjunction with her Washington University in Saint Louis colleagues, Wichelman holds a monthly talk on the last Wednesday of most months of the regular school year. We met last night at the Kirkwood Station Brewing Company. The evening’s speaker was Erik Henriksen, PhD, an Assistant Professor of Physics at WashU. His talk was entitled, Graphene: Particle Physics in Pencil Lead.

Graphene is a relatively newly isolated and novel form of carbon. Other more common forms of carbon, like diamonds and coal have been around forever. Even graphite, also known as pencil lead, which is another form of carbon has been known about for a while. Graphene is a single atom thick sheet of carbon. The molecular bonds between the carbon atoms in these sheets are extremely strong. It turns out that graphite is composed of many layers of graphene. In graphite, the weak bonds between the many layers of graphene allow those layers to be easily sheared apart from each other, like when you drag a pencil across a piece of paper. Graphene as a material has some interesting properties. It is much stronger than steel. Likewise, it is a far superior electrical and thermal conductor than copper. A single layer of graphene is also transparent.

In his talk, Henriksen, introduced us to Andre Geim and Konstantin Novoselov, the Nobel Prize winners who first isolated graphene. They called their technique micro-mechanical cleavage, but it was soon dubbed the Scotch tape method and was surprisingly simple. Starting from a block of graphite, Geim and company would apply ordinary Scotch tape to it and then peel off a thin layer from it. This technique would be repeated on this thin layer, until only one layer was left. In science, Geim is relatively unique, because he not only won the Noble, but also the Ig-Nobel. The Ig-Nobel is a parody prize given to scientists for conducting trivial experiments. Geim had suspended a frog is a magnetic field. Last night, in his own parody of this experiment Henriksen suspended a sheet of graphene is a magnetic field.

The particle physics aspect of Henriksen’s talk is the crux of his research into graphene. Per his on tap bio, in this 2D material, electrons move from one atom to the next as if they have no mass, acting like ultra-relativistic particles despite having an actual velocity that is just a fraction of the speed of light. Physicists like Henriksen are using this quasi-relativistic system to investigate some long-held predictions about the theory of relativity.

While following up on last night’s talk, I learned that Geim at his University of Manchester institute has added a new wrinkle in the design of the ultimate little black dress. It is made entirely of graphene. This is a dress that reacts to the person wearing it. It responds to the breathing rates of the wearer, changing color and illuminating in different ways. Oh, and it is incredibly light weight.