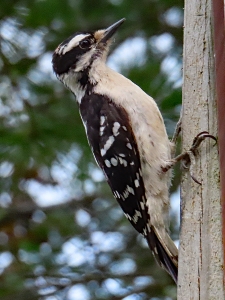 This being the first of the month, all of my subscriptions have new baubles to entice. We watched, A Birder’s Guide To Everything, which just dropped on Amazon. This movie resonated with us. Earlier, today we were photographing little birds, as is our want, when Dan and Britt came down the path to the beach and remarked at all of the little birds that were all about. Then they saw us trying to take their pictures and had to laugh.

This coming-of-age comedy features a band of high school misfits who have banded together over birding. A chance encounter and a blurry photo lead this intrepid band to believe that they have sighted an extinct duck and the chase is on for the rarest of bird sightings. Starring Ben Kingsley, this mostly unknown cast leads us on the hunt for this mystery bird, all the while navigating a difficult phase of life. This sounds stereotypical, maybe even trite, but it was delightful.

For us birding is a late in life endeavor. It is a pastime that has developed out of writing this blog. Its daily need for new photographs has given wing, sort-of-speak, to this hobby, which has taken flight. We’ve taken birding classes, bought birding books, even upgraded our optics. All in pursuit of the elusive avian.

Dan and Britt took their mechanical bird out today. They went to Point Iroquois Lighthouse to film. They got permission to fly there and shot a little video there before the wind came up, but they definitely plan on going back again to shoot some more. Later, they found a way to drive onto the Raco tarmac and have asked us to be their stunt drivers on this closed course, with our much newer car.

Anne took me out behind the woodshed and beat me or at least that’s how I feel now after stacking two cords of wood. We moved the old wood out of the way first. Then the wood man showed up with the new wood. Anne, Dan and I eventually got it all stacked again, but I’m going to feel it tomorrow.

I called the roofer to get a feel for when the porch roof might be laid. It turns out that the crew that is trained to work with our roof system are out-of-town for a few weeks. So, there will be no new developments on that front for a while, but we are still on the schedule and it hasn’t started to snow yet. So, don’t worry, yet. There have been no new signs of any roof leaks either.

Mr. Red T Rodent Es-squirrel hasn’t been seen or positively heard from all day. Maybe when we saw him, he saw us and thought, “Oh, it’s those people again.” He might be planning on coming back later, after we’re gone. Unless the wind stops blowing, we might not hear him again anyway, it covers a host of sins.

2 thoughts on “A Birder’s Guide To Everything”