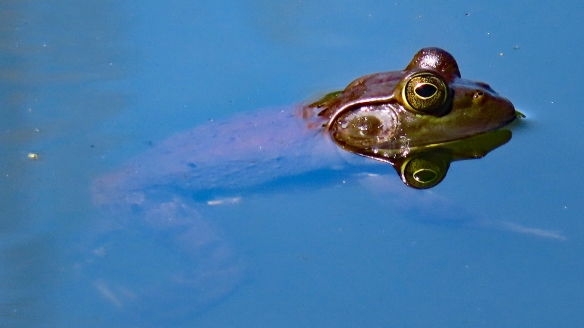 I made the maque choux last night for dinner and it turned out well. I followed the recipe, until I didn’t. Wanting to make a meal out of it and not just the side dish that the recipe called for, I added some Trader Joe’s soy chorizo, keeping the dish veggie. I think that it is a keeper, although I did have one little problem. The dish calls for a variety of peppers, from sweet bell to the spicy serrano chile. It was with the later that I had my problem. After cutting it up, I touched my face, which on its own wouldn’t have been a problem, but I then decided to wash my face. This only spread the pepper’s oil around and some got in my eyes. It really stung, but what was worse is that the skin around my eyes also felt burnt. Later, my hands also felt burnt. I ended up tossing half of that chile, for being too hot, which turned out to be a good idea.