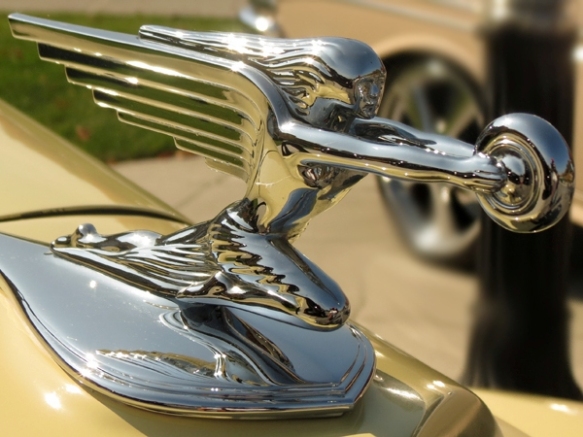 Buckle-up, Buttercup! Someone just flicked on the bitch switch. Yesterday, when we were driving home from the environs of Motor City we shook-up our usual auditory literary selection and instead of listening to a “book on tape”, we listened to a selection of New Yorker magazine articles that digitally come both written and read. One of the articles seemed particularly apropos for road-tripping, Nathan Heller’s Was the Automotive Era a Terrible Mistake? Heller, a lifelong non-driver, gave a brief history of automobiles in America and then went on to sepeculate on the future of automotive travel.

Interestingly, the introduction of the auto featured a battle between gas powered and electric vehicles. Even though early electric out-performed early gas in both performance and range, gas won out, because it was cheaper than electric. Low cost allowed gas powered cars to be sold as personal vehicles. The marketing plan for electric cars relied upon a ride-sharing model to mitigate its higher cost. Heller recounts America’s love affair with the automobile from the Roaring 20s to the 60s of the Beach Boys. But all good things come to an end. Ralph Nader pointed out that our cars were trying to kill us. High oil prices ushered in cheap foreign imports. An invasion that Detroit has never learned to stem.

Now ride-sharing and electric cars are back and autonomous vehicles are on the horizon. Pundits predict that when the robot revolution hits the open road, America will see as great a change as the initial introduction of the automobile first wrought. Except the robots are already here. Our phones tell us where to go. Even as we were yesterday, traveling a route that we have followed dozens of times, our phones guided us around traffic jams and construction detours. If we buy a new car, we’ll likely opt for a safety package. These packages now only assist a driver, with a gentle tug on the wheel, if you start to stray from your lane. Some even provide emergency braking if an accident is imminent. How much longer will it take before cars can drive themselves?

Throughout yesterday’s drive semis dominated the weekday rural interstate traffic and I longingly dreamed of un-employing these modern day cowboys. Come the robot revolution, over-the-road truckers look as competitive as buggy whip makers. A robot doesn’t need to sleep and once purchased costs less than a man does. I shall not mourn their passing.